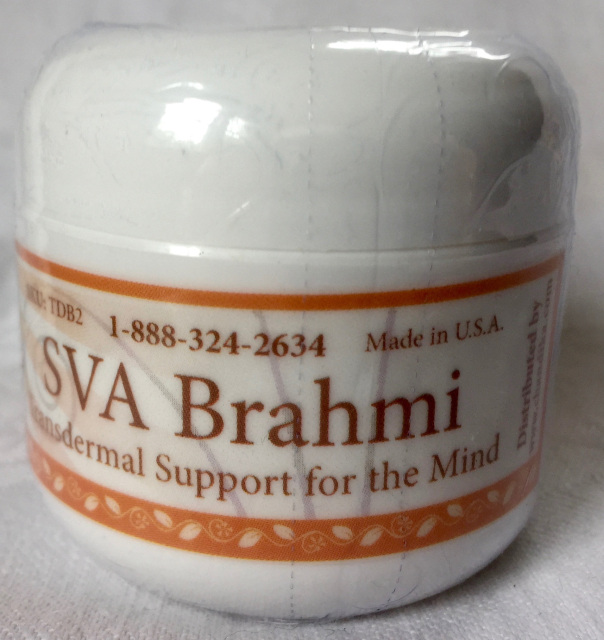 While the original, ancient brahmi, has been extinct for centuries, the combination of aindri (bacopa monnieri) and mandukaparni (gotu kola) is able to recreate almost the same results as the original brahmi. These two plants are sometimes even individually called brahmi by the Sanskrit texts.There have been many scientific studies on both aindri (bacopa) and mandukaparni (gotu kola) individually, confirming their ability to improve mental function and memory. When used together, these two plants compliment each other nicely. This transdermal cream delivers brahmi into the system without having to pass through the digestive system or the liver. The physical material of the herbs have been removed from the cream so that only the essence of the herbs (the most powerfulportion) is delivered with no need for digestion or metabolism.

These product and statements have not been evaluated by the FDA (Food and Drug Administration) and are not intended to be used to diagnose, treat or cure any disease. All of the information above is intended to be used for educational purposes only and may not be used to replace or compliment medical advice.